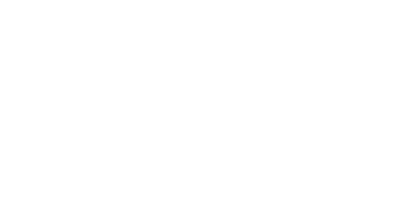 I recently returned from another extraordinary journey where I had the opportunity and the privilege to help children born with facial deformities such as cleft lip and cleft palate.

Operation Smile was founded in 1982 by Dr. William Magee, a plastic surgeon, and his wife Kathleen, a nurse and clinical social worker. In the last 25 years, this wonderful organization and thousands of volunteers have treated over 100,000 children. My visit to Russia was part of a worldwide effort called World Journey of Smiles. During this week, missions were held in 25 countries and 40 sites. Surgeons, other physicians, nurses, and a host of support staff joined together to provide life-changing surgery for over 4200 children worldwide during one special week in November.

I left Denver on November 3rd 2007 and began my journey to Taganrog, Russia. This would be my sixth Operation Smile mission. My first stop was Atlanta where I met several others easily identified wearing an Operation Smile 25th Anniversary button. The team was already pulling together as we traveled on the same flight to Moscow. Moscow was a short layover to sort and exchange supplies that we were carrying with a second Russia mission team. We left behind the Novosibirsk Russia team and caught another flight to Rostov and then a 2 hour bus ride to our final destination; Taganrog Russia.
Our first day in Taganrog began with a tour of the hospital and an opportunity to get ready to screen the children who would be arriving the next morning. The hospital was in surprisingly good condition. The equipment that the hospital was supplying to us was not to American standards, but in comparison to my other missions, the best I have seen. We were ready to begin.

Screening day is always chaotic. Tired, frightened, and often sick children accompanied by equally anxious parents or orphanage volunteer, lined the halls of the hospital. All were waiting their turn to be evaluated by Pediatrics, Anesthesia, Speech Therapy, Dentistry and Plastic Surgery. This day would decide which of the children would receive life-changing surgery. This day was a day of hope realized or a day of ongoing disappointment and struggle. This would be a difficult day for me helping to triage the limited resources available to us. Turning away a child is difficult and heartbreaking. A busload of Chechen children who had traveled 30 hours with a parent, were among those waiting in the dimly lit corridor sitting on benches or the floor waiting, hoping. This busload of children included 2 young girls that became friends on their journey to Taganrog. They shared a common experience. Both were the oldest daughter in their respective families. They also shared deeper, less visible scars than the ones on their previously surgically repaired lip and palate. Their noses twisted, flattened, and misshapen were a social burden that threatened their chances of marriage in a society that required that the oldest girl is married first before any of the younger daughters could marry.

A list of the lucky names was posted. Children were admitted to the hospital to be readied for surgery. Others returned home without the help the parents so hoped for, many vowing to return to the next Operation Smile mission for another chance. All the children from Chechnya found their names posted.

Surgery was scheduled for the next day and the following 5 days. Some of the procedures performed were to join together the separated upper lip. Many of the children had an opening between the mouth and the floor of the nose. Surgery for these children improved speech and swallowing. Nose surgery was performed to improve breathing and appearance. Team Dentists would remove diseased teeth. In at least two of the cases, hopefully, surgery was also to encourage two brave girls to have the life they hoped for and dreamed of.

The surgery went well for all 48 patients. Russian Surgeons, Anesthesiologists, and their American counterparts shared the surgical skill, information, as well as ideas. I found the Russian surgeons to be well trained and experienced. They were very open minded to new ideas and were very willing to share their experience and expertise with me. It really was a team effort, with people and training from opposite sides of the world working together to help children that without Operation Smile would have been without hope.

In addition to busy days, there was an opportunity for the Americans to develop friendships, learn about the Russian culture and to see a small part of the local area. The team was even invited to a Russian banya (sauna) for a Sunday afternoon of relaxation. I passed on the bucket of ice water over the head!
The Russian people have a love for their children almost the size of their country. They, like all people of the world, want the best for their children. These families are coping with challenges that many of us cannot imagine. I was thankful for the opportunity to lend a hand and to be part of a team dedicated to improving the lives of these children.

I want to thank my family and my staff for supporting me on this mission. Thank you also for the support that you have given to Operation Smile. Please visit the Operation Smile website for more information.